Energy savings up to 60%

What guarantees the operation of the AFIM® Air Door?

The high pressure Air Door technology ensures a much more effective air separation than the conventional air curtains, for example those applied in department stores.

A conventional air curtain works with huge amounts of air, to which a lot of energy guzzling heat is added.

The operation of the AFIM® Air Door on the other hand, works with only a minimal amount of air, which, moreover, does not need to be conditioned. Due to the higher air-pressure, the Air Door cuts through far more effectively than traditional air-curtains, and not a single whiff of air passes the barrier.

For comparison: Conventional air curtains can withstand wind pressure of 0.9 m/s. An AFIM® Air Door can withstand as much as 6 m/s.

See below the independent thermographic measurement by IRIS Thermovision, among the highest grade certification (Level III Certified), of an AFIM® Air Door:

Open passage without air door and a lot of energy loss 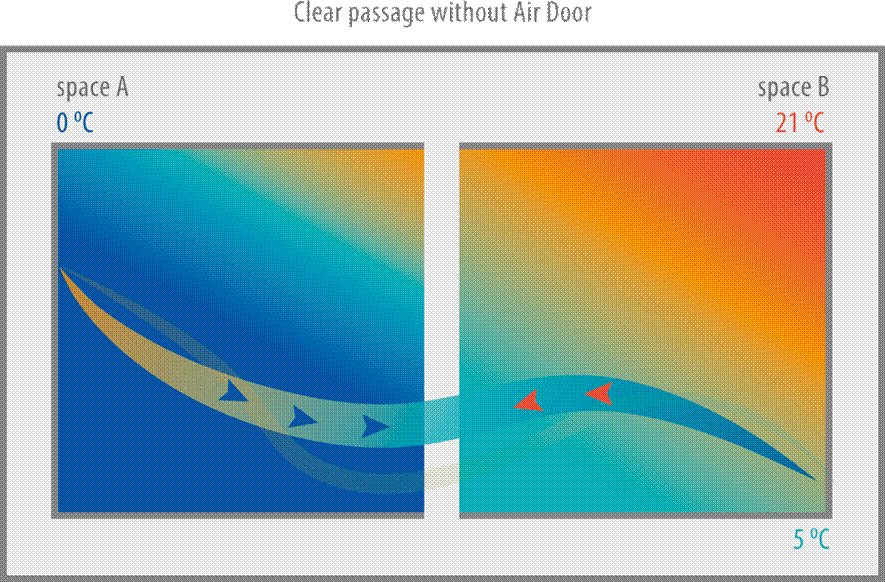 Do you want some sound advice? Do you wish to know more about the operations, or calculate your savings? Please do contact us.